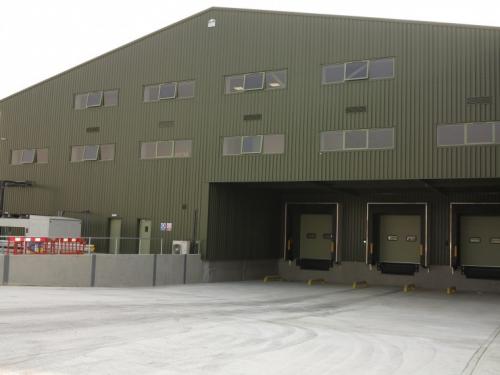 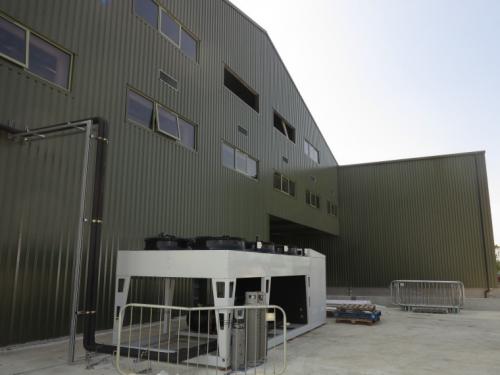 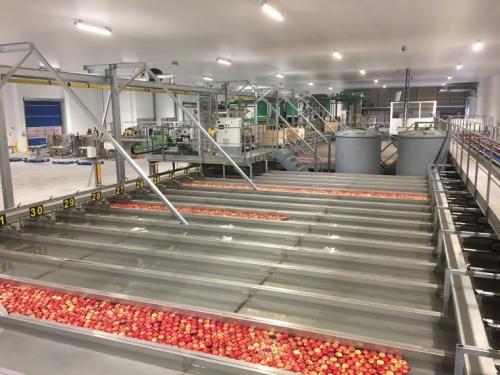 AC Goatham & Son’s is a family firm which in the last 25 years has gone from two farms to currently farming 1,650 acres of top fruit. They produce around 50,000 bins of fruit each year and also work in partnership with an additional 20 growers. They currently farm 1,650 acres.

Sawyer & Fisher were appointed to provide Contract Administration and Quantity Surveying Services for New Build Controlled Atmosphere Stores at Flanders Farm, Hoo. The new facility contained 21 controlled atmosphere stores, each capable of holding 12,603 bins of fruit, a 1500 sq m chilled holding store, five ripening rooms, a chilled, racked storage area, three loading docks, a pre-grading hall and a label room. With the weather threatening at one stage to blow the contract off schedule, an innovative approach to the external concrete meant that the entire area was finished in one week instead of two months and usable in just 48 hours, speeding up the project considerably. Sub-contractor Gallagher used the new ‘roller pact’ concrete system, making AC Goatham & Son’s development one of the first in Kent to benefit from the technique, while the inside of the building was finished with a power float floor.

The building, a twin span portal frame with steel mezzanine floors is one of the largest farm-based buildings in the UK for the grading storage and distribution of apples. It is also the first
complex to include controlled atmosphere stores, pre-graders, ripening rooms and a chilled despatch area within the same building.

The pre-grading hall included in the build was a vital part of the installation and is set to boost efficiency at AC Goatham & Son by a considerable degree. It allows fruit to be brought out of storage, graded and then returned to chilled conditions in the racked storage area.